State School 3401, Nyora first came into being around 1902,1903. The approximate date is deduced in the light of school been given consecutive numbers after 1862.

According to local identities the original accommodation was that of a temporary nature, in fact they state that “after closure of the Lang Lang East school pupils transferred to Nyora, in about 1903, where class was held in the local hall”.  It was not until some years later that the original part of the existing building came into being.  The first school building is said to have been erected in 1914.  This is born out to some extent by a report in the Inspectors Report Book, I:3:1915, by District Inspector of School, Mr. J.T. Saxton,

The School is quite a new building.  It is maintained in a very nice order:  Floors, windows, walls, desks, being very clean.  Ventilation is well attended to.  There is no school library.  The Committee might co-operate in a movement towards the establishment of one; the books serving not only the school but also the parents and community generally.

In spite of Mr. Saxton’s suggestion, a school library was not commenced until 1923.

An extension was brought to Nyora from the surrounding district and erected by Messr’s Swain and Horsburgh in 1931-32.  The extensions had served as a school at Outrim, until  being closed and brought to Nyora where it served as a second class room.  Extensive alterations were carried out at this time so that the school was  also endowed with a passage, adjoining the two rooms, and sealed off at one end to accommodate a rather small store room.

On the 19.10.1958 new dry septic out offices were built replacing the existing pans which served the school from its conception.  The dry septic tanks were later converted to wet septics.

Because of the enrollment being 83 pupils, (50 boys, 33 girls) and perhaps the Inspector’s Report Book, dated July 7th. 1958, which read,   “The two  roomed timber building is in sound condition and provides barely adequate accommodation for the present enrollment.  Should the attendance at this school increase much more, accomodational problems will develop”

A second extension was added on the 18/11/1959, bringing the original building to its late 20th dimensions of, three classrooms, one staff room, store room and passage. 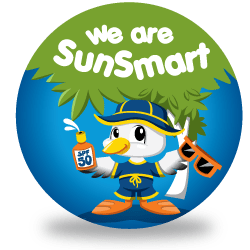 We are a Sun Smart School.
Children need to wear hats when the UV rating is 3 and above. Families are encouraged to provide 30+ Sunscreen for their children. 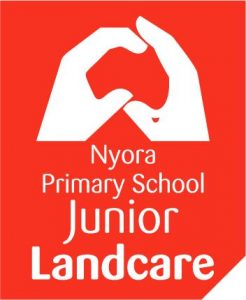